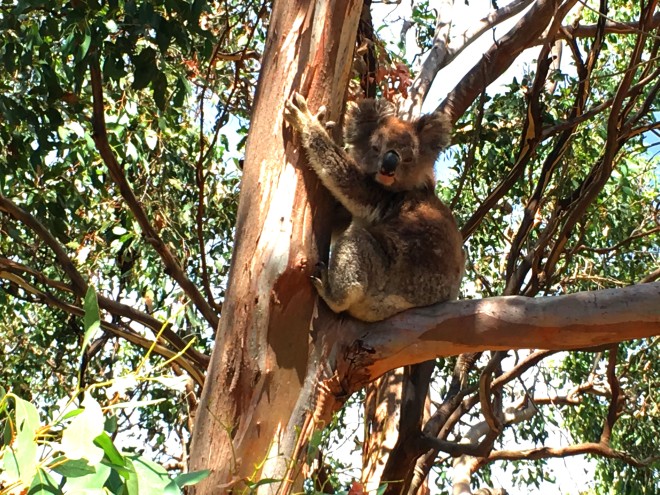 There are roughly 2000 koalas on French Island. People are very open about this fact. Everybody on French Island wants you to know about their fluffy arboreal mascot. But there is a dark secret on this unspoilt paradise in Western Port Bay.

We went on a 4WD tour of French Island in February. It was no ordinary 4×4. No Ford Explorer – not even a Mitsubishi Landcruiser. This vehicle was equipped for a safari on the Serengeti and I would feel safe if a rhino took a dislike to us. However, rhinos are not the main danger in French Island.

This became abundantly clear as we drove through the grounds of one of French Island’s lesser-known tourist attractions: a chicory kiln. This building was used to roast chicory, a coffee substitute grown by Victorians in years gone by. Beautiful and characterful though the buildings were, our guide refused to let us out of the truck.

“There are snakes everywhere,” he explained.

Squinting at the thigh-high grass, we did not complain. So we drove a few circles of the grounds and moved on. The Snakes of the Chicory Kiln would go hungry for another day. But French Island’s secret was out.

The omens had been good up to then. We’d enjoyed beautiful weather and a smooth ferry crossing from Stony Point. We met our guide from Naturaliste Tours at Tankerton Jetty before driving off into the island’s interior, a mix of tea tree woodland and grassland on overgrown sand dunes.

Our gigantic truck crawled slowly through impossibly narrow lanes, up steep sandy dunes to the lookout at the Pinnacles. We felt a bit privileged as our guide hopped out every now and again to unlock gates that only park rangers normally access.

We went past a swamp full of pobblebonk frogs before our first stop at a beach looking out over mud flats and mangroves. The sand was very sandy, the sea was very blue. But really the highlight here was the colourful little spiders dangling over the footpath. Probably the least threatening arachnids I’d ever experienced, they looked like tiny jewels – and when I looked them up later, I found they’re known as Austracantha or jewel spiders. Aussie spiders get a bad press. I feel that maybe these little guys should be the face of the Australian arachnid family.

At length we came to the climax of the tour: an avenue of koala-infested Manna Gum trees. We got out of our moving fortress (no snakes here, apparently) and strolled down the road.

Just a few feet above us in the first tree we came to was a koala. Slumped in the crook of a tree limb, he or she wasn’t doing much.

When we’d had our fill of snoozing koalas, we drove down the gravel road to the French Island General Store, famous for its ice cream. You can also pick up local produce such as olive oil and honey and hire bikes.

French Island is a fantastic off-grid experience combining wildlife with the joy of mixing with locals who are not jaded by city life.

We will be back, because our 4WD experience is just one way to enjoy French Island. You can hire bikes at the general store, stay the night at the free campground at Fairhaven and see more than 100 species of orchid if you go at the right time (September to March).

And let’s face it. You aren’t ever going to be disappointed on an island where you are 100 per cent certain to spot a koala.

Just don’t think too much about your chances of seeing a snake. 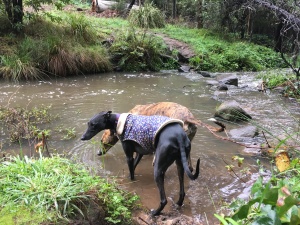 Dog walks and hikes near Melbourne